Anastasia 'Stacie' Roberts is Barbara Millicent Roberts's younger sister. She was introduced in 1990 and is formerly known as Tutti and Stacey, only spelled differently.

Barbie and Stacie look very alike. They have different skin tone and eye color. She is also not blonde, so Stacie is often seen with dark blonde hair

Stacie enjoys sports and mainly wears pink and purple. She is talented at all glam, but becomes frustrated when she finds that she is not getting what she wants. However, she always get what she wants. In Barbie Life in the dream-house she looks to be at least 10. In the Wee Three Friends line, Stacie was said to be 11 years old. Stacie is very rude, not organized and commanding, especially in Barbie: Life in the dream-House. She is very mean, too. Also,the 60s-2000s she had a twin named Toot and she was previously Tutti. She is said to hate her sisters very much and she still does. Stacie is very uncooperative. She seems great! In one episode, she is shown to hate baths but ends up falling in one. She often gives her Sisters their assignments.

On Barbie.com, Stacie states that she has lots of friends and couldn't believe how many of them could fit on their table in the caferteria at lunch. However, this may be sarcasm. 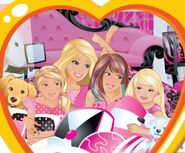 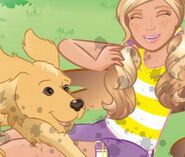 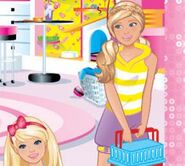 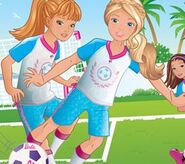 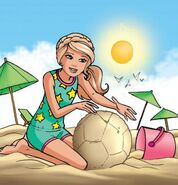 Add a photo to this gallery
Retrieved from "https://everything-barbie.fandom.com/wiki/Stacie_Roberts?oldid=7399"
Community content is available under CC-BY-SA unless otherwise noted.