Barbara Millicent Roberts, nicknamed Barbie, is a popular doll and fashion icon and has been one since her launch on March 9th 1959, with the iconic black and white striped strapless swimsuit. Since then, she has had over 150 careers, including being a doctor 11 times and even gone to the moon. She is a famous movie star.

While controversial, Barbie has earned her sales primarily through her skinny waist and long legs! Her peroxide-free blonde hair has become synonymous with the icon that is Barbara Millicent Roberts.

If Barbie were real (not to scale of the doll) she would be 170cm. She has blonde hair and sky blue eyes, though her characters in some movies have brown or green eyes, such as Mariposa and Elina. In other movies her hair is Brunette such as Keira and Erika. 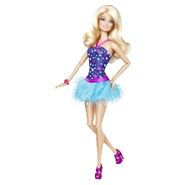 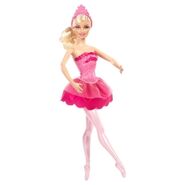 A Krystn Barbie from Barbie in the Pink Shoes 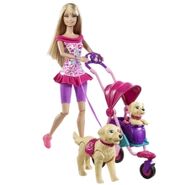 Barbie walking Taffy and one of her puppies 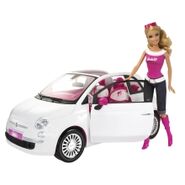 Barbie and her fiat 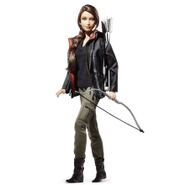 The Katniss Barbie Doll from The Hunger Games 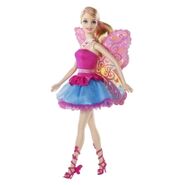 Barbie from Barbie: A Fairy Secret

Barbie in one of her kitchens 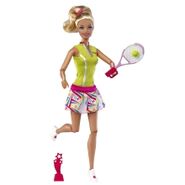 Barbie: I Can Be... A Tennis Player 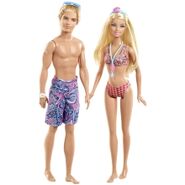 Barbie with her current boyfriend, Ken 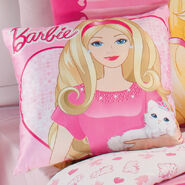 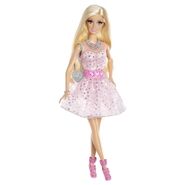 The Talkin' Barbie from the Life in the Dreamhouse

Barbie as Lumina from Barbie: The Pearl Princess 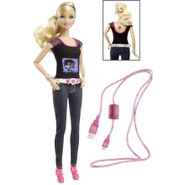 A Barbie doll with a Camera Inside Her 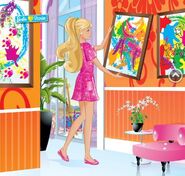 A cartoon of Barbie 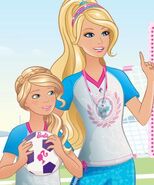 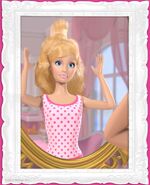 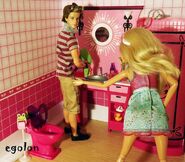 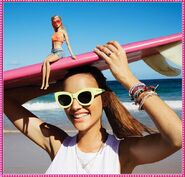 Barbie on a surfboard

Barbie looking over a river
Add a photo to this gallery
Retrieved from "https://everything-barbie.fandom.com/wiki/Barbara_Millicent_Roberts?oldid=7476"
Community content is available under CC-BY-SA unless otherwise noted.